In order to commemorate UK Black History Month, I’m going to spend the next few blog posts talking about ethnicity and blackness. If you don’t wanna read about it then.. um… see you in November I guess?

So today I’m gonna tell you about Mary Seacole, or Badass Mary as I’ve named her in my head. If you know about her, great! For those who don’t know then gather round chillun and learn ya some.

I’m gonna write under the premise that you know who Florence Nightingale (The OG of Nursing) is. Well, the second ever nurse, and the first black nurse was Mary Seacole, and she rocked around the same time as Flo did. She was born in Jamaica (Caribbean tun up) in 1805 to a Scottish father and a free Jamaican woman (free as in not enslaved). Her mother was a medicine woman who used traditional remedies to heal people,  and a hotelier,  and taught Mary the skills she was to go on to use later on in life. Typical Caribbean parent.  Can’t let her child be a stray-waif,  she had to put her to work.

Anyway Mary,  thanks to a wealthy female BAMF (or a patroness to use the old school term),  received education which, combined with her mixed-race-ness and free-ness, set her apart from the others in society. However she was always proud of her blackness. She said in her autobiography:

I have a few shades of deeper brown upon my skin which shows me related – and I am proud of the relationship – to those poor mortals whom you once held enslaved,  and whose bodies America still owns.

Badass Mary nursed her patroness till her unfortunate death,  and then returned home to help her mother and the British army (who they were there due to, y’know, colonialism etc). She travelled throughout the Caribbean and married some wutless Jamaican man (I mean,  he was probs ok but she didn’t write about him much). He also passed away,  followed by her mother not too long after. Badass Mary didn’t grieve for too long though. She rolled up her sleeves and got to work in the hotel, ignoring other offers of marriage and treating cholera patients as a badass nurse would.

She then went to visit her brother in Panama only to see ANOTHER cholera outbreak. Sleeves up, she treated patients, many of whom survived (a rarity in the 1800s), and seeing an opportunity to cash in on all of those trade routes, she opened a restaurant/hotel hybrid. Some racist old guy said:

To which Badass Mary replied that she didn’t appreciate the offer:

If I had been as dark as any nigger’s,  I should have been just as happy and just as useful,  and as much respected by those whose respect I value.

Fast forward to the Crimean War and they asked FloNight to form a life-saving squad to help the injured. Badass Mary tried to join but got rejected on the basis of insufficient documentation proving her BAMFness. Well,  nobody gonna stop BMS from doing her thing,  so got herself there with the help of a few friends. She even met Flo-OG on the way,  and had a nice chat with her, before heading off to Balaclava. Once there she once again set up shop and provided meals,  medical supplies and most importantly treatment,  gaining the moniker Mother Seacole. Once the war was over,  she returned to the UK. Unfortunately she showed up broke because the war finished before her business did, and required fundraising efforts to keep her afloat. In 1857 the first ever autobiography of a black woman was published: Wonderful Adventures of Mrs. Seacole in Many Lands.

She returned to Jamaica in 1860, but returned to London in 1870ish,  hanging out with some of the ballers and not caring what the haters saod. Upon her passing in 1881 of apoplexy,  she was buried in St Mary’s Roman Catholic Cemetery in Kensal Green.

And then all y’all forgot her for about a century. FOR SHAME.

Thanks to increased efforts of many,  she’s been gaining her fame back. She’s now learned about in schools,  buildings both in the UK and the Caribbean carry her name and most notably,  has had a beautiful statue erected this year at St Thomas’ Hospital. Her amazing history has been argued,  contested and belittled, with some people even saying that it’s an attempt to include multiculturism into history…  Which is supposed to be a bad thing? Regardless of the controversy surrounding Badass Mary, she remains in the hearts and minds of many as an important figure in history and will hopefully remain present for a very,  very long time. 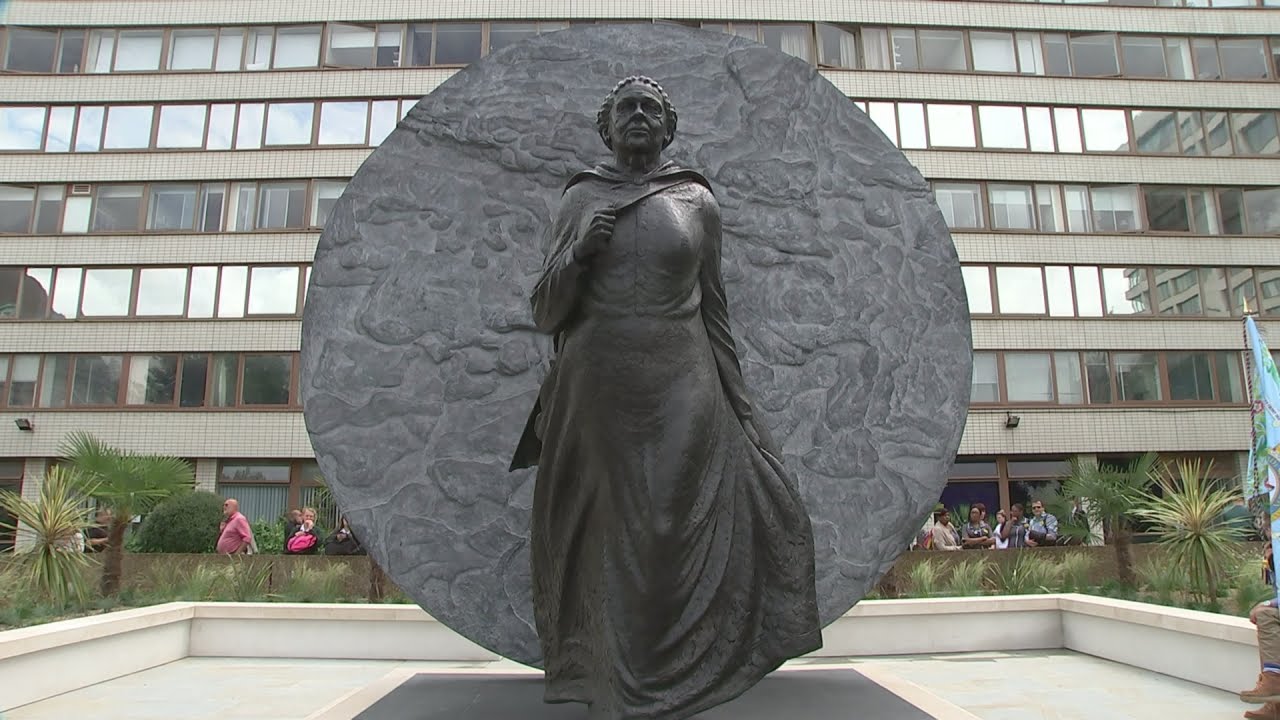